Why are Singapore's official population statistics different from those released by international organisations?

Some people have noticed that the official statistics on Singapore’s population are different from those released by international organisations like the United Nations (UN).

This article attempts to explain the three main reasons why population statistics differ:

1) different population coverage,
2) different definitions of who is present in the country, and
3) different methodologies and assumptions used for population projections.

The resident population is the relevant statistic when measuring Singapore’s fertility rate or our dependency ratio for managing an ageing population. While foreigners on work passes do add to the workforce, the vast majority of foreigners who work in Singapore expect to return eventually to their home country. They do not build their families or grow old here. Appreciating this difference will help us to more accurately understand the impact of population ageing in Singapore.

2) Different definitions of who is present in the country 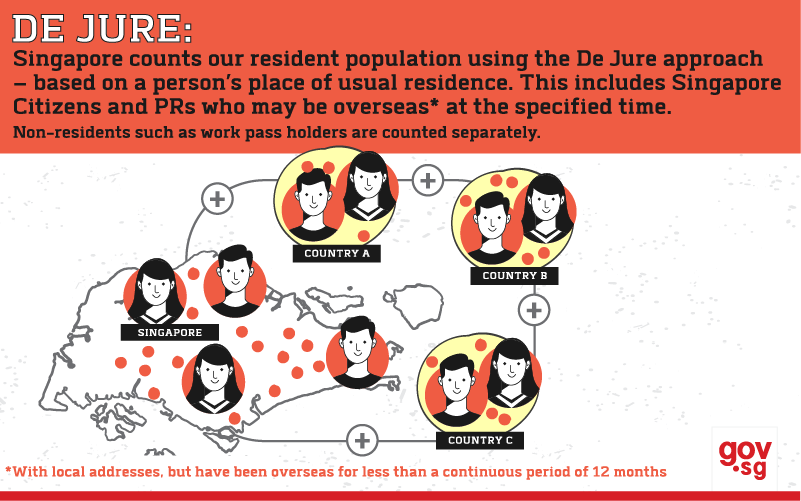 Present at a specific point in time (De facto) 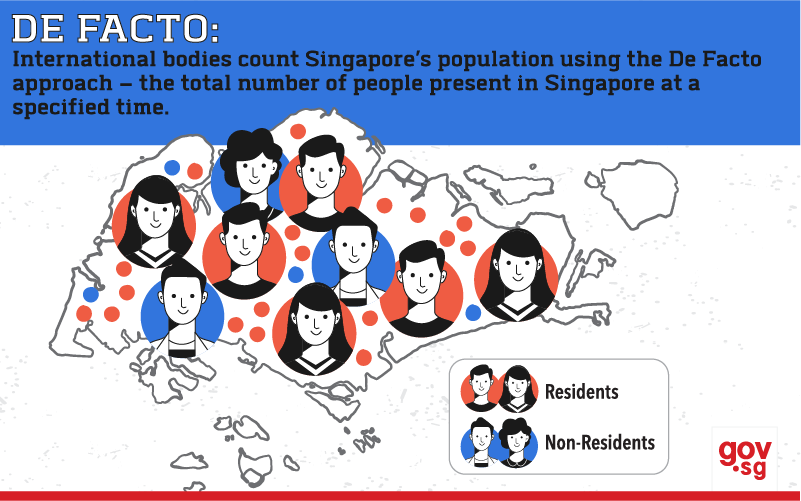 The de jure concept is used by DOS, as it better reflects Singapore’s population in an era when many Singaporeans spend some time living or working abroad. Different countries may have different definitions of “usual residence” when applying the de jure concept. For example, the duration of “usual residence” might differ for different countries. This could lead to double counting. International organisations use the de facto concept for their population estimates for every country, as it is simpler and avoids double counting arising from different de jure definitions across countries.