What are the racial proportions among Singapore citizens?

The proportions of each race in Singapore’s citizen population have remained stable (Chart 1). These numbers are published annually in the Government’s Population in Brief report, which can be accessed here.

This is in line with the Government’s commitment to maintain the racial balance in the citizen population, as Prime Minister Lee Hsien Loong stated in Parliament in 2013. This enables us to preserve social stability and the multiracial character of our society.

Chart 1: Proportions of each race in the citizen population, as of June 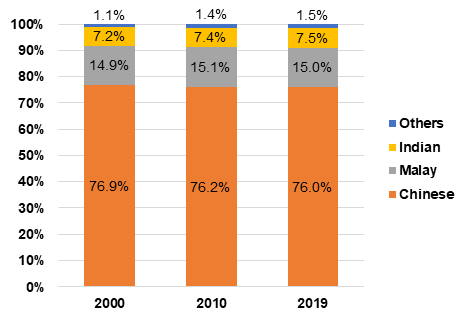